Playing Catch Up to the IPCC 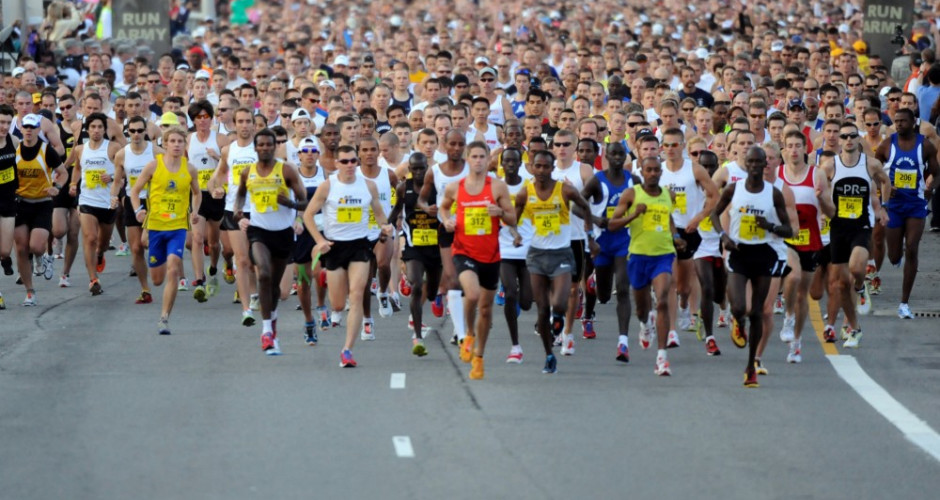 In time for Passover, the Intergovernmental Panel on Climate Change released its latest state-of-climate-change report, predicting a Haggadah’s-worth of trouble for our planet if we don’t work quickly to reduce carbon pollution. Droughts, flooding, disease, and pestilence are some of the expensive consequences they predict. But the economic models used to estimate the U.S. social cost of carbon do not sufficiently account for these risks. This leaves our nation vulnerable.

Reviewing 12,000 of the latest peer reviewed scientific and economic research articles, the report emphasizes that, while average temperature increases are important, it is extreme weather and broad economic, public health, and ecosystem changes that are particularly damaging, and particularly costly.

In the U.S., our government is tracking the economic costs of the carbon pollution that drives climate change, but it’s partially missing extreme weather and other climate damages the IPCC emphasizes. Currently set at around $40 per ton of carbon dioxide emissions, the government uses this “social cost of carbon” estimate to make decisions about pollution standards—do the costs of controlling our carbon emissions outweigh the benefits of polluting without limit? They do, even at around $40 per ton, but because we’re leaving out so many damages, limits seem less urgent than they would at a higher price, and the serious efforts we vitally need too expensive.

The devil is in the economic models that underlie the government’s social cost of carbon estimate, also known as integrated assessment models. Although the U.S. government used the most up-to-date tools available, the models only partially account for many significant impacts of climate change, or omit them altogether, including many which the IPCC now highlights as very destructive.

The economic models do a good job of measuring the costs of average temperature increases, but a poor job of capturing other critical climatic and ecosystem changes that could lead to very large economic losses – these are referred to as climate-related drivers of impacts by the IPCC. See Table 1 for a full list of impact drivers identified by the IPCC. In particular, the models omit the effects of extreme climate events, such as droughts, heavy rains, and inland flooding, which the IPCC determines to be critical. Also, the models currently completely omit the effects of some large ecosystem changes that drive other climate impacts, including ocean acidification (which leads to decreased fish supplies, higher seafood prices, and a potential large scale ecosystem collapse) and decreased snow cover (which leads to scarcity of drinking water and stymies irrigation).

The models also do a poor job of capturing the interactions between large ecosystem and climate changes – or “impact drivers” as the IPCC calls them. One example is the interacting effect of higher seas and more frequent hurricanes (both included in the economic models), which, combined, lead to more significant storm surge. This interaction proved to be the most damaging component of Hurricane Sandy.

Because these economic models are missing many of the key ecosystem and climate changes identified by the IPCC, the current U.S. government cost estimates are missing them too since they rely on those models.

For several additional reasons, the economic models further underestimate the cost of climate change. The models fail to account for the effect of climate change on some specific economic sectors, like fisheries and tourism. Nor do they account for inter-sector damages (like the effect of water and food availability on human health). Furthermore, these economic models undervalue environmental damages, such as mass extinction. Lastly, the authors of these models have been slow to update their structure to allow for price effects (like what happens when the price of food rises) and economic growth (such as, decreased labor productivity from increased heat stress).

As a consequence of these omissions, the economic models fail to capture the full costs of the current and future climate impacts on economic and environmental systems discussed in the latest IPCC report. These omissions mean the U.S. is valuing at zero things like increased fire risk, the geographic spread of pests and pathogens, and the loss of aquatic life, such as coral reefs. They also mean that we wouldn’t pay a penny to avoid sticking our kids with the risk of slower economic growth, unknown climate tipping points, mass extinction, and possible large-scale migration, social and political conflict, and violence borne of resource scarcity. These omissions result in a very significant underestimate of the U.S. social cost of carbon. See Table 2 for a full list of omitted impacts.

Actual recent climate events discussed by the IPCC also reveal important factors unaccounted for in the integrated assessment models. One is the role of social factors (for example, income inequality, political representation, and prevalence of violence) and non-climate stressors (such as, over-pumping of groundwater) in determining the magnitude of climate impacts—the models do not address these pressures adequately and in some cases, not at all.

Another important finding is that, so far, the negative impacts to agriculture (including, disrupted frost patterns, weeds, pests, air pollution, and extreme heat events) from climate change are overrunning the benefits (such, as longer growing seasons and carbon dioxide “fertilization”). According to the IPCC, net changes in crop yields have been negative. As it turns out, this finding is critical to the estimate of the social cost of carbon, because current models predict that agricultural production increases in the short-run to medium-run due to higher average temperatures and concentrations of CO2 in the atmosphere, and decreases only occur to the extent that average temperatures rise sufficiently. This disparity between observations and predictions may arise due to the failure of current models to account for increased weather variability, pests, pathogens, and reduced water availability. Alternatively, this disparity may be the result of a short-term adjustment cost before human adaptation increases yields.

In summary, while the U.S. government made the best estimate possible using the state of the art climate-economic models, these models omit many of the negative climate impacts summarized in Table 2. Of course, the government should still use its SCC estimate, because a low number is better than no number. But we have to remember that it is an underestimate, and using it doesn’t run the risk of over-reacting to the threat of climate change. In the meantime, economists need to work together to improve damage estimates, particularly by filling in missing gaps in the climate impact literature identified by the IPCC. Furthermore, when better information, like the new IPCC report, becomes available, our government should employ it to improve its working estimate.

Table 1. The Status of IPCC’s Critical Climatic and Ecosystem Changes – also Known as Climate-Related Drivers of Impacts – within the U.S. SCC Estimates

Table 2. The Status of IPCC Identified Climate Impacts within the U.S. SCC Estimates