The Future of Fires 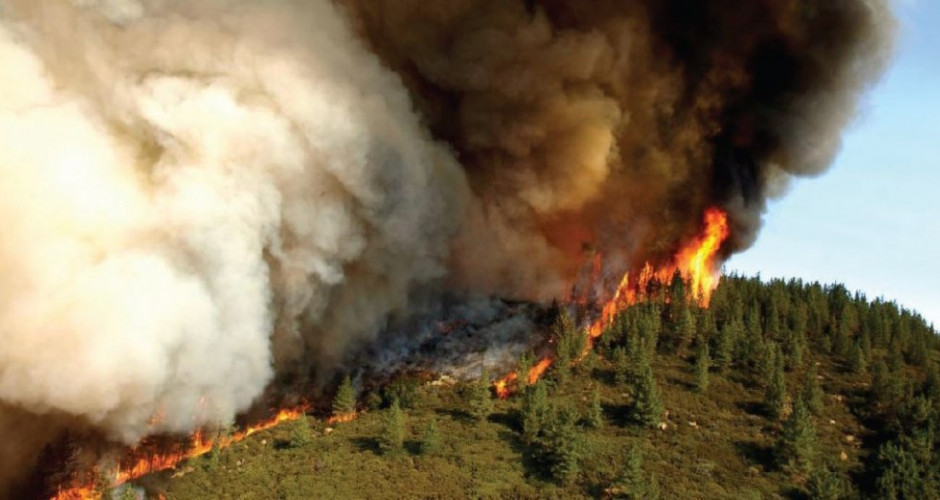 The 2014 wildfire season is not yet over, but in some regions it is already one of the most destructive ever. Fires continue to rage in many parts of the country, threatening hundreds of homes, creating emergencies in National Parks and residential areas, and straining government budgets — Washington State’s wildfire season is already six times more damaging than average.

And we may be in for much worse in the near future if climate change is not contained, according to a new report from the Cost of Carbon Pollution project.

The newly released report, Flammable Planet: Wildfires and the Social Cost of Carbon, surveys the scientific and economic literature on wildfires and climate change, in order to project the costs of climate change-induced fires. Written by Dr. Peter Howard, an economics fellow at the Institute for Policy Integrity, the report offers the first-ever estimates of the economic damages from future wildfires.

The report quantifies the many types of damage wildfires cause: market damages (such as from lost timber, property, and tax revenue), non-market damages (such as health effects and loss of ecological services), and adaptation costs (for fire prevention, suppression, and rehabilitation). Citing dozens of past studies, the report estimates the costs of various damage categories, per 100 acres burned. Already today, these costs are significant — the United States currently faces annual costs of $20 billion to $125 billion. But climate change could take these damages to new heights.

Scientists will never be able to definitively claim that any specific wildfire is the result of climate change. But the consensus view among climate scientists is that increases in global average temperature will make wildfires more frequent and intense, and fire seasons will last longer. Additionally, more areas are expected to face fire risk, and climate models project an increase in fire sizes (in terms of area burned). Some studies predict a 50 to 100 percent increase in area burned in the United States by 2050, with the most severe changes occurring in Western states. The beginnings of this trend may already be visible in recent wildfire data, as seen below: Using the established scientific projections, Flammable Planet catalogs the estimated costs of climate-change induced wildfires, for both the United States and the world. By 2050, climate change is expected to raise the costs of U.S. wildfires by $10 billion to $60 billion annually.

Tallying these enormous costs can help policymakers and the general public better understand the effects of climate change. Perhaps more importantly, the report can lead to action — it advocates for including these wildfire costs in the government’s social cost of carbon estimate. This figure, which is used to help evaluate carbon regulations, currently omits wildfires and many other significant damages.

As scientists and economists continue to increase our understanding of the damages we face from carbon pollution, the case for cutting this pollution is stronger than ever. President Obama has taken important steps, using his authority under the Clean Air Act to propose emission limits on both new and existing power plants. Additional, robust action now can help avoid an increasingly fiery future.